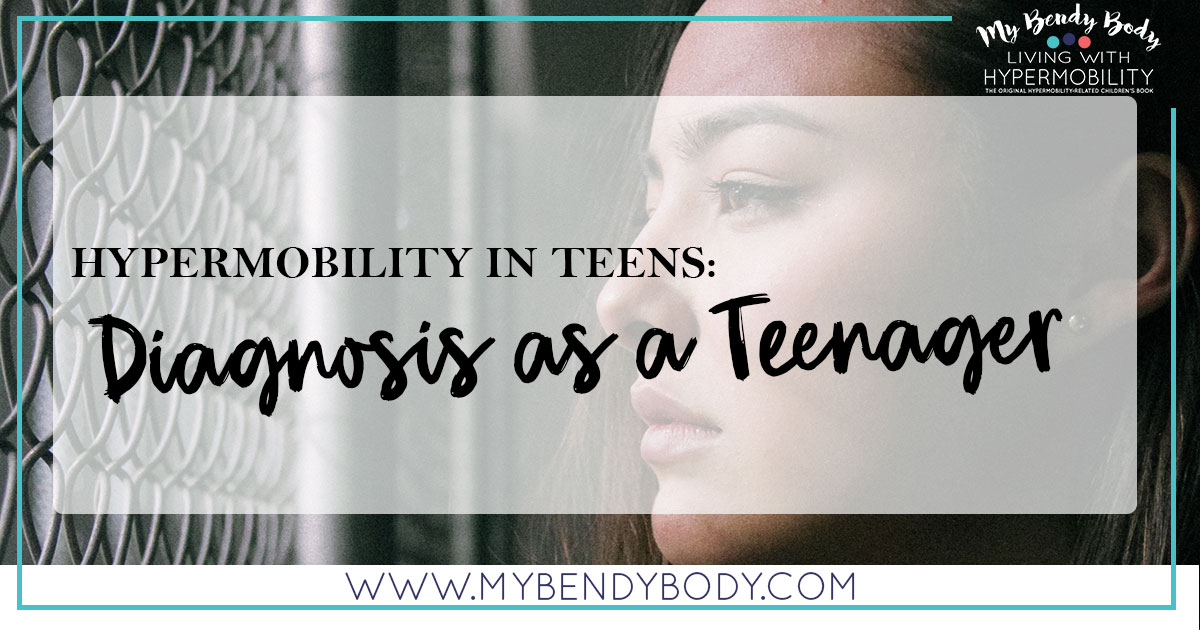 Hypermobility in teens. If you’ve got one, you’re probably hoping someone has some advice for you. I don’t have advice, but I may perhaps be able to share some insight, having been a hypermobile teenager myself. 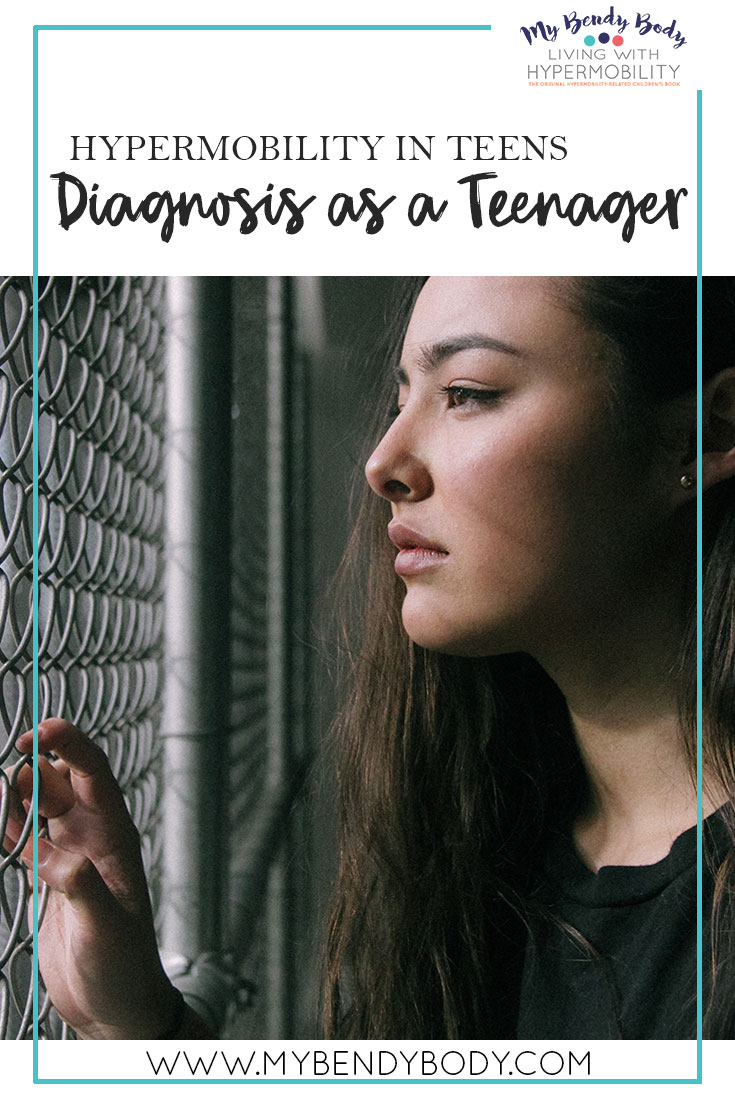 There are benefits and downsides of being diagnosed with hypermobility in different life stages. It’s my personal opinion that being diagnosed during the teenage years, or maybe even worse, having severe symptoms during adolescence and not having a diagnosis, is the most devastating.

Adolescence is a time of huge change. All of us who have been through it remember all the changes, and the challenges they bring. Add to that tumultuous time a diagnosis, or undiagnosed symptoms of hypermobility or any other major medical condition and that time can be a nightmare. It can be a nightmare to live through, and it can also have nightmarish consequences later down the road.
At the time, the adolescent is trying to navigate what all the other kids are going through: hormones changing, bodies changing, the mind changing. Everything is changing. What can be extremely difficult is that all those “typical” changes get mixed in with all the symptoms of hypermobility and no one knows what on earth is going on.
Is the fatigue just usual teenage fatigue or is it hypermobility related? Are the headaches from hormones or from something else? Is the pain just from a growth spurt?  It is a really difficult time to be hypermobile. And unfortunately, it’s usually the time when symptoms start worsening, especially for girls. Those hormones kick in, and joints can become more bendy, pain increases, fatigue increases and overall functioning generally declines.
Fortunately, once things normalise on the hormonal level, most girls come out the other side with symptoms plateauing and a new “normal” is achieved. I realise that all of that sounds really scary, but there is hope. I saw many young girls come through puberty with an amazing understanding of their body and a level of resilience unlike many of their peers. Yes, puberty and adolescence can be a really stormy time and will need to be navigated carefully – hopefully with an understanding medical/treating team to guide you.
The only thing I think is worse than being diagnosed during adolescence is being symptomatic and undiagnosed. There is nothing as confusing, concerning or downright depressing than having pain, fatigue and joint issues (not to mention potential gastrointestinal, pelvic floor weakness, migraines…etc etc) and no concept of why. No clue. These can be symptoms that most people would only see in isolation and not make the connection that there is something more syndrome-like going on. This is usually when lots of opinions are sought, lots of misinformation is given and lots of damage is done, both to bodies, as well as minds and spirits.
Adolescence is a time of change. It is a time of learning who you are. It’s the crucial time for forming your identity and becoming your own person. The worst thing that can happen at this point in time is to be confused about what is happening to your body. Stuff that is not happening to your friends’ bodies. Stuff that makes you feel different, odd, weird, strange, broken. All of these things are taken on board and can be used by the mind in forming an identity. Sure, this can happen too, even with a diagnosis, but I believe it is less likely because there is a “known cause” of the symptoms. There is something to blame other than yourself and your own mind.
Without a diagnosis, the adolescent has the potential to see themselves as inherently flawed. They see themselves as the problem. They are unable to see that something is happening to them. Mismanagement by health professionals only compounds this. And not being believed by the people around them (including health professionals) leads them to start thinking they might be crazy or making it all up. They start questioning themselves. This is where the damage is done. And this is very hard to reverse, even with a diagnosis later down the road that sheds light on all those years of symptoms.
By then, the damage has often been done.
My dream would be for hypermobility and its symptoms to be so well known by doctors, physios, OTs and other health professionals, that no child goes unscreened and that no child gets to adolescence without a diagnosis if they are in fact hypermobile. None of this being diagnosed when you’re pregnant with your first child, or worse still after you’ve had 4 kids and can barely walk anymore because your body wasn’t looked after well enough all those years. My dream is big. But I hold onto hope. We need to educate people, one person at a time.
Help us raise awareness. Share this post or some of our others & help us get the message out there.

One thought on “Hypermobility in teens: Diagnosis as a teenager”