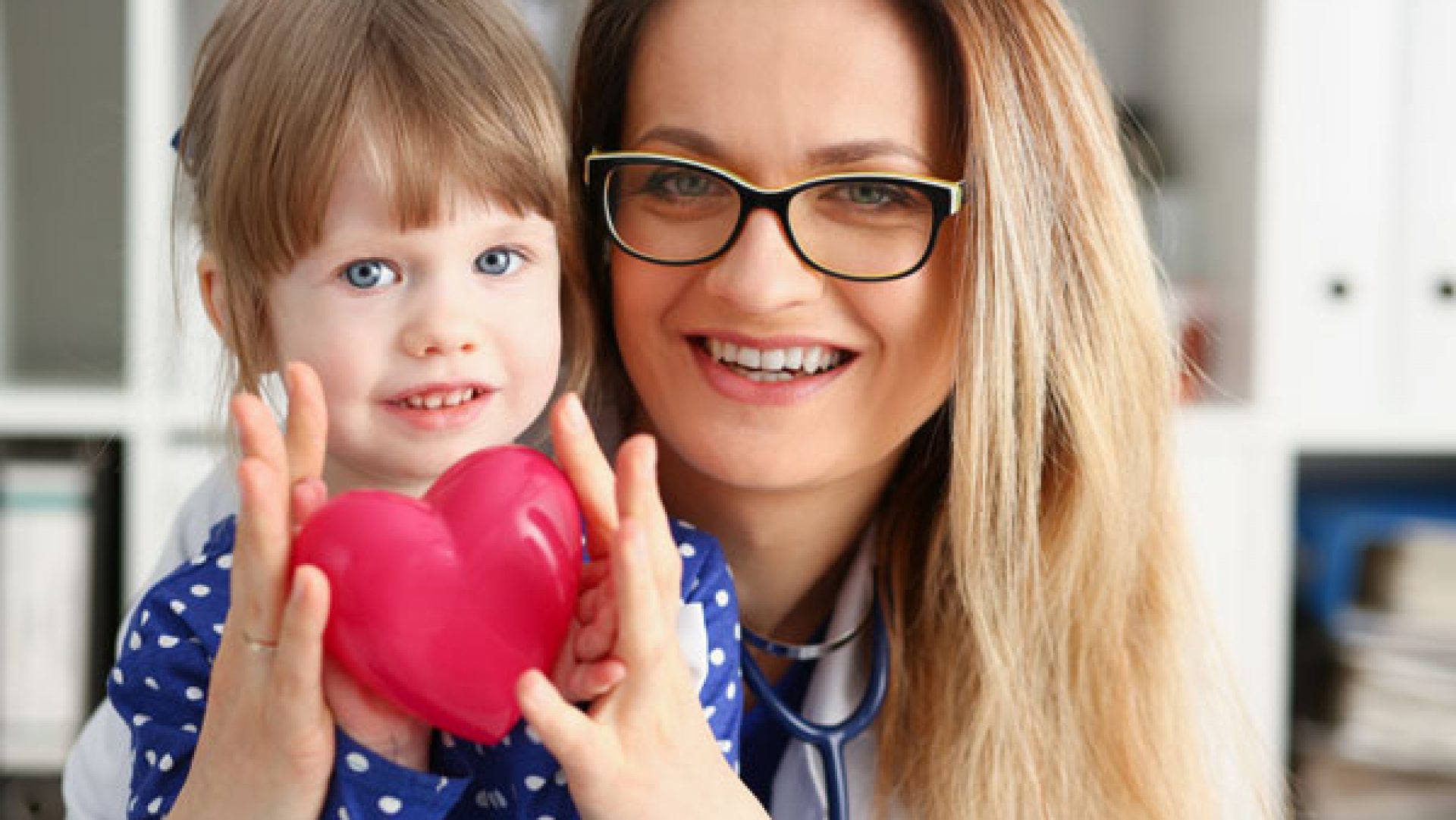 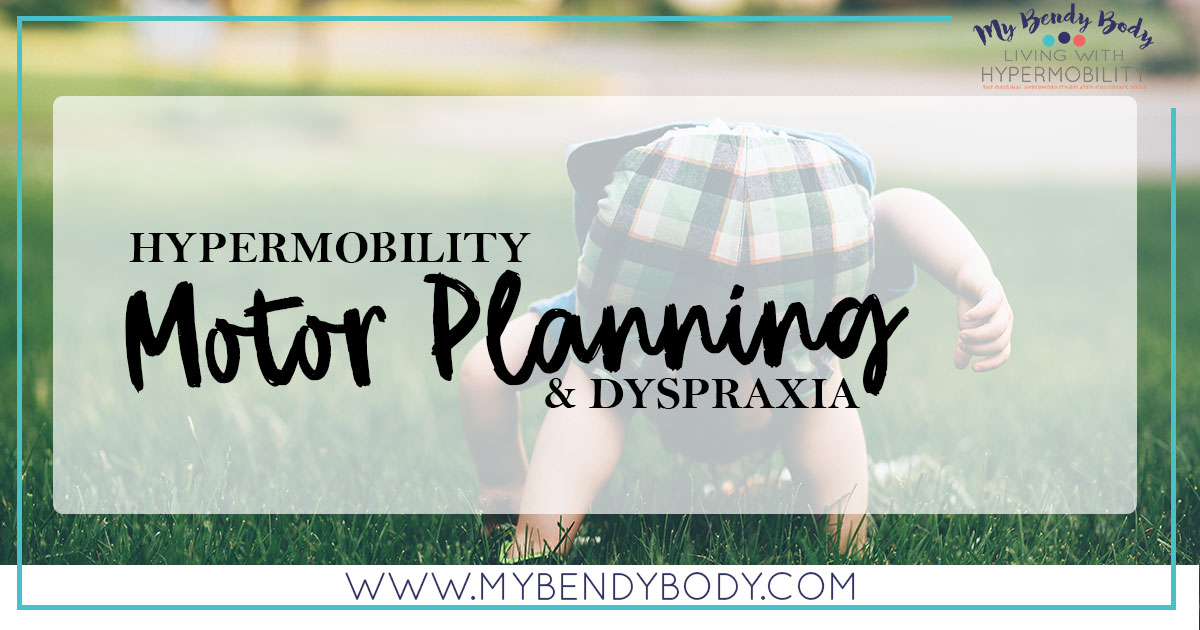 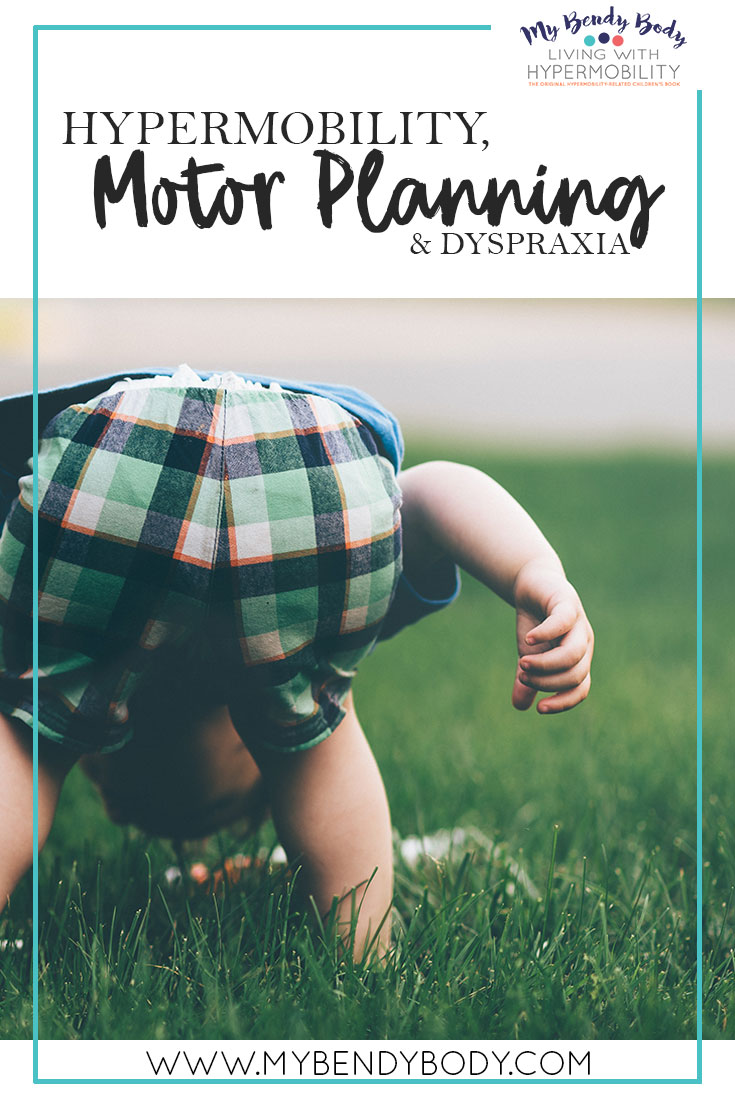 What does it actually mean? It should probably have been phrased “movement making” because that is what it’s all about. Movement. But the movement can be gross-motor or fine motor movement, hence the “motor” part. Occupational Therapists and Paediatric Physiotherapists throw these terms around all the time and forget that sometimes people don’t know what we are talking about.

Add it to hypermobility and dyspraxia and you often get some really confused parents.

So that brings me to the other word that gets thrown around a lot in paediatric circles: “dyspraxia”. This one is a strange word… I’m going to let the experts explain this one…. and then give you my Michelle version:

“Developmental dyspraxia (also know as Developmental Co-ordination Disorder and the Clumsy Child Syndrome) is a neurologically based disorder of the processes involved in praxis or the planning of movement to achieve a predetermined idea or purpose, which may affect the acquisition of new skills and the execution of those already learned. More specifically, it is a disorder of praxis, or the process of ideation (forming an idea of using a known movement to achieve a planned purpose), motor planning (planning the action needed to achieve the idea), and execution (carrying out the planned movement).” (Dyspraxia Foundation USA)

“Praxis is the neurological process by which cognition directs motor action” (Ayres, 1985).

I can hear you saying “OK, great. Now, what does Dyspraxia really mean, Michelle?”

There we go, plain to see – motor planning is not the same thing as dyspraxia, it’s only one component of it. 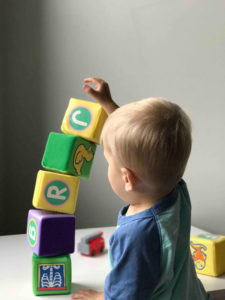 are hypermobile have trouble planning & executing movements because they don’t have good proprioception, not because they have a neurological problem that prevents them from being able to ideate, motor plan & execute a movement. (There may be some who unfortunately have both dyspraxia & hypermobility, but I have seen few of them in practice).

This is where the idea of visual feedback comes in. I didn’t talk about visual feedback mechanisms in the post about proprioception because it’s not proprioception, it’s visual feedback. We (humans) use any kind of feedback to add information to the physical (neurological) messages that are going to our brain (visual, auditory etc). If you can see that your knee is bent, it’s going to reinforce (or force the brain to recognise) that the knee is bent. If you can’t see what your body is doing, then you don’t have visual reinforcement (your knee could be straighter than you think it is). 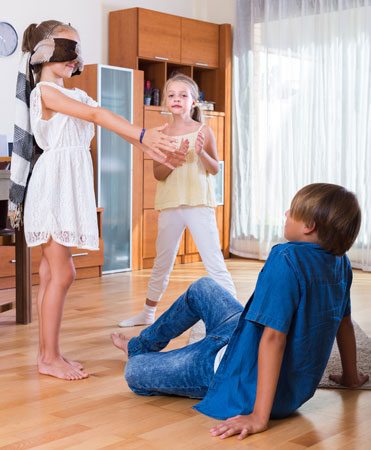 Think about pin the tail on the donkey. They put on a blindfold, spin you around and around until you’re disoriented and while you try to remember the exact point in which you had focused your attention in an attempt to remember where the tail goes. It’s VERY hard, if not impossible without cheating.

This is how I think this applies to kids with hypermobility:

Blindfolding = taking away your external/visual feedback mechanism – if you can’t see your body, you don’t know where it is in comparison to the things around you.
Spinning you around = messing up the messages to your brain from your receptors.
Trying to find the spot to put the tail after those two things have happened = trying to perform a coordinated movement.

Our poor kiddies with hypermobility have trouble coordinating their movements because it’s like they are running around with a blindfold on after being spun around in circles. Their attempt to coordinate their movements is almost futile.

Now, practically speaking, when we are walking or running or even worse trying to catch a ball WHILE moving, we can’t be looking at where we are going, what we are catching and how our feet are being placed on the floor and what angle our knees are at and how outstretched our arms are while we do it. We can’t visually feed all of that information back to our brains. This is where the

This is where the problem lies: kids with hypermobility often NEED that visual information to coordinate a movement.

You will often see them looking at their feet when they run because they’re so unsure of their footing, or when you throw them a ball they don’t know whether to look at you, the ball or their hands. They rely more heavily on the visual feedback from their environment because the internal feedback mechanism (proprioception) isn’t working as well. But as I said before, you can’t be watching what your body is doing all the time, otherwise, you can’t do anything else.

* I don’t have any evidence to back up my opinions on this particular topic other than, a) lived experience b) hundreds of children that I assessed in my hypermobility clinic when I was practising. If there are researchers out there who disagree with my opinion, I’d genuinely love to see your evidence, please send it on through.
For more hypermobility related blog posts for all ages, head over to Hypermobility Connect